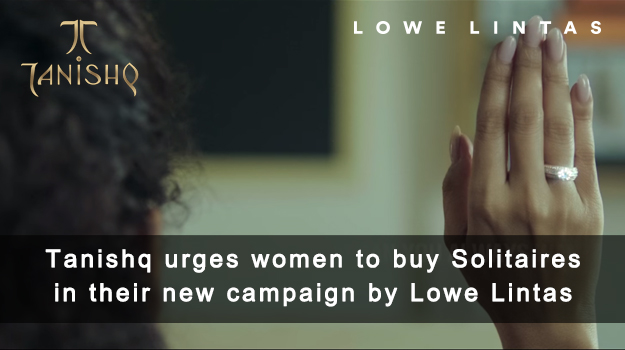 Takes it beyond gifting

Lowe Lintas Bangalore rolls out a digital campaign for Tanishq Solitaires urging women to follow their dreams, ahead of the International Women’s Day on 8 March

The spot, made by advertising agency Lowe Lintas, features a middle-aged lady who is introduced as a successful chief executive of a company choosing to go back to college.

The larger narrative is hinged on women refusing to let age, circumstances or their family backgrounds make decisions for them. In the meantime, the brand also manages to use the self-aware women ploy to position its solitaire category as individual purchase, urging women to buy solitaires for themselves.

Interestingly, the solitaire has so far been positioned as mostly for gifting purchase category. Last year, Tanishq created two advertising campaigns. One in which a young man is seen proposing to his girlfriend with a solitaire ring and another which shows a husband surprising his wife with a solitaire ring on their anniversary.

Tanishq, which sells solitaires at a starting price of Rs54,000, in its new ad, asks women to buy solitaires for themselves through its “My Solitaires” campaign.

“With this film we target progressive, career oriented women who have achieved something in their life by following their heart and doing things which they really want to do. A Tanishq Solitaire is a marker of their success for everything they’ve achieved, and still keep going. More and more women are indulging in buying jewellery because they are financially independent and believe in indulging themselves,” said Deepika Sabharwal Tewari, associate vice-president, marketing, jewellery division at Titan Co. Ltd.

The campaign is being promoted across digital and social media platforms.

“It takes great courage to change the course of your life after a certain point, but we’re noticing a lot of women doing it. After all, ambition has no age, and this film is an ode to every such woman, who’s slowly and steadily turning into the woman she’s always wanted to be,” said Rajesh Ramaswamy, executive director, Lowe Lintas.

Noting that the well-executed campaign targets women who are finding their individuality every day, Saurabh Uboweja, brand expert and chief executive of brand consulting firm Brands Of Desire, said that self buying is not a new category. “In fact, a large number of women have been buying gold jewellery for themselves. However, I must add that owning a platinum or diamond jewellery has become a style statement. I think self-belief is a new category where women make choices that are driven by self interest. The campaign borrows from this new found self-belief and resonates well with the target audience of the brand. I still think solitaire is mostly dominated by engagement rings which will continue to be a major category,” he added.

Sanjay Sarma, co-founder and chief executive of Design Worldwide, an integrated strategic branding and creative solutions company, said the campaign is a sign of women expressing their individuality as well as a cue to where the society is heading. “Women are no longer romanticising life and neither are they waiting for a man to gift them what they want. I believe, as disposable income of women rises, brands are changing the way they speak to their women consumers and this campaign reflects that. I won’t be surprised if we see housing companies urging women to buy their homes,” he said.

This article was first published in LiveMint.