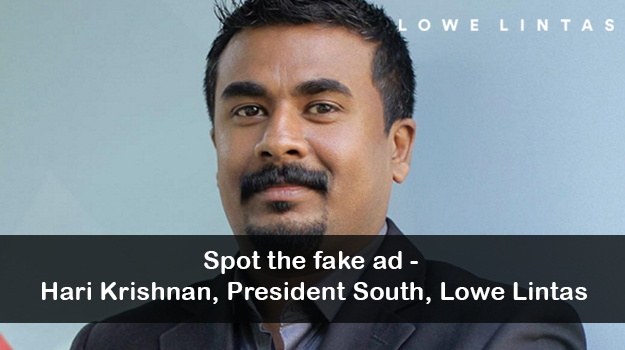 It all comes down to ‘Caveat Emptor’ which basically means ‘Buyer Beware’ or ‘Jaago Grahak Jaago’.

Fake ads. It’s been around for a while. We’ve all seen it as email forwards back in the day when jokes were forwarded on email. Now we get it on WhatsApp forwarded by close friends and of course now we find it on Twitter, that giant laundromat where dirty linen gets mixed with fake handles, fake news, fake ads and gets plated up and served to the unsuspecting public. What’s worse is that all of this is being lapped up by everyone, from the erudite to the ascetic.

The phenomenon of fake ads is not new. There are some famous fake ads that have been in circulation for years. Like the one for Aston Martin pre-owned (‘You know you’re not the first but do you really care?’).

Photoshop skills and creativity have vastly improved across our country and it’s now open season. Two days back while controversy erupted around IndiGo Airlines, what also erupted was a whole series of fake ads, purportedly released by competition, Jet Airways.

Very quickly it got shared and re-tweeted a million times and the snowball gained so much traction, it turned into an un-stoppable monster. Before you knew it, eminent journalists were congratulating Jet Airways for their ‘guerilla marketing’ skills and even recommending that the fake ad be made a case study in marketing schools on how to spot an opportunity and capitalise on it. A former CEO of an FMCG major also congratulated Jet Airways on their stroke of genius. Air India, on the other hand, decided to fish in troubled waters and was quick to tweet a series of ads which clearly took a swipe at IndiGo. Fishing in troubled waters can provide great entertainment but brands that engage in that must know that the tables could get turned very quickly. It’s a classic case of the pigeon and the statue when it comes to social media.

Ambush marketing when done right can deliver a brand a lot of fans and often helps the brand steal a march over competition. The world has seen some extremely entertaining slugfests between brands. Pepsi and Coke are never far away while discussing slugfests. Who can forget ‘Nothing Official About It’ which stole the thunder from Coke. That, however is in a different context. Ambush marketing is an intelligent and often witty response by a brand to a competitor activity. I doubt if it is ever in response to a controversy surrounding the competing brand. This can be argued both ways; but when Maggi was in trouble, if a competing brand decided to take potshots at it, would it gain new consumers? Would it bring back consumers who decided to stay away from the category altogether due to health concerns? I suspect the answer is no.

In this day of short attention spans and 15 minutes of fame, is ambush marketing the way to go? Gets you attention, but can cut both ways as today’s kings can be tomorrows paupers. Great if  used right. Terrible when resorted to by brands with gravitas built over eons, being dragged into an ego dog-fight with not much to gain and everything to lose.

Let’s face it. Today, anything you say or don’t say, can and will become an issue under this intense spotlight. United Airlines got slammed when it issued a backhanded apology after the infamous video leaked. Dove didn’t know what hit them when they brought out the ‘Real Beauty Bottles’. Pepsi learnt it the hard way that ‘Black Lives Matter’.

United Airlines probably deserved what it got because of the manner in which they tried to trivialise the incident and mishandled the whole controversy; did the other two brands deserve what came their way and to the extent that it did? Are consumers so emotionally invested in brands that every utterance is sacred? Were these such life changing events in the history of the world that it generated such a worldwide debate and outpouring? Clearly not, because the world has moved on and so it will continue to. From one controversy to another. Everybody out there has an opinion and now it’s easy to wave it around and slap brands with even if it is the slightest of mis-steps.

How can brands avoid this unwanted spotlight? Frankly, they can’t. In this day and age where everything comes under extreme public scrutiny, all they can do is clarify and clarify quickly before a social wildfire breaks out. Especially, if it’s a brand that operates in a category that takes centrestage as far as public discourse is concerned, like civil aviation in this case or foods or pharma, amongst others. Brands that have an irreverent personality and worldview are the only ones who can afford to let this unwanted spotlight fall on them yet get away unscathed but for most others, it’s a slippery surface.

And what about the poor consumer who is at the recieving end of this relentless onslaught of fake news, fake claims and fake ads? Seriously, where does one draw the line? Will this ever stop? Don’t know. Can’t say. Sadly, it comes down to ‘Caveat Emptor’ or ‘Buyer Beware’.

(The author is President, Lowe Lintas and an occassional ranter. Views expressed are personal.)

The article was first published in afaqs.com