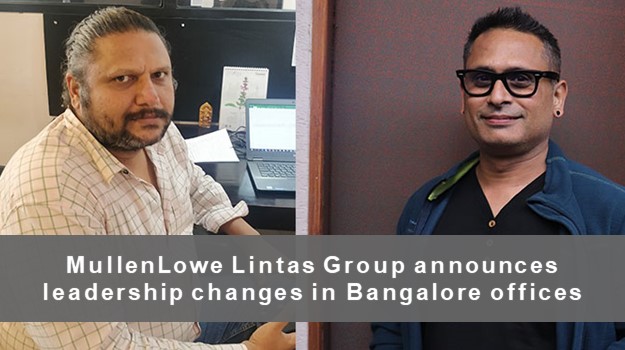 Siddhartha has been entrusted to take up the responsibilities in the leadership role as the Bangalore Office Branch Head. With a career spanning over two decades, he has worked with multiple network agencies such as Ogilvy, Everest Y&R and Publicis Ambience. As COO, he helmed the operations of Happy Creative – scaling it up to its eventual merger with the Dentsu Aegis Network India group as Happy McGarryBowen. His extensive experience includes working on brands such as Cadbury, ITC, Vodafone, Flipkart, Myntra, Ola, Srilanka Telecom, US Aid, Nestle, Coca Cola, Himalaya, etc. He played strategy lead at  82.5 Communications before moving to Mullen Lintas.

Speaking on his appointment, Siddhartha Roy said, “A prodigious talent stepping out of the shadow of its illustrious ‘big brother’ & asserting its own, unique individuality – that’s Mullen Lintas for me. And I wanted to be a part of this exciting & daunting journey.”

Kishore Subramanian has been the Branch Head at the Bangalore office of Mullen Lintas since inception for over four years now. Under his able leadership, the agency added key businesses like Himalaya Face Care, Ruosh, Fossil, Karur Vysya Bank, Quikr and Cleartrip. Additionally, he delivered some of the agency’s most popular, path-breaking work during his time there. With a career spanning over 23 years, Kishore has been with the Lintas group for over 17 years. During his previous stints with Lowe Lintas where, over a period of twelve years across Mumbai and Bangalore, Kishore worked on exciting brands like Britannia, Tanishq, Fastrack, and Kissan both as an account person and as a strategic planner. He will now be moving to Lowe Lintas as its Bangalore office’s Planning Head.

Speaking about his move to Lowe Lintas, Kishore Subramanian remarked “Being a part of the founding team of Mullen Lintas was a truly challenging and thoroughly satisfying experience and now looking forward, the planning mandate at Lowe Lintas Bangalore seems an equally exciting and challenging opportunity.”

Speaking about the key changes, Virat Tandon, Group CEO, MullenLowe Lintas Group said “I am delighted to welcome Sid to Mullen Lintas. In him, we found the skills to hyper-bundle the group’s services and give an unfair share of attention to our brands. I was truly impressed by his entrepreneurial spirit and a future-facing solutions mindset. I am positive that Mullen Lintas Bangalore has an exciting future under his leadership. I would also like to congratulate Kishore for giving Mullen Lintas Bangalore a formidable start by way of the brands and team he put together. Kishore is a planner at heart and that’s what he wanted to get back to. So, he takes over as the Planning Head for Lowe Lintas South. I am certain that he will bring his magic to the fabulous brands that Lowe Lintas Bangalore has and further develop the already strong planning product.”

The new appointments are effective immediately.