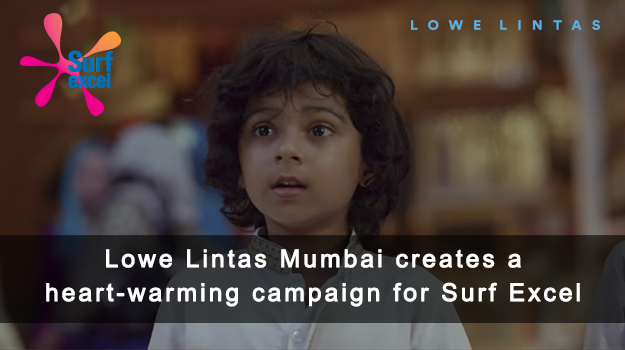 Remember the 2016 Ramadan ad by Surf Excel Pakistan that crossed a million views in less than a week? This Ramadan too, Arun Iyer’s team at Lowe Lintas, Mumbai, has created a campaign for the brand. Titled #NekiEkIbadat, the ad is along very similar lines as last year’s ad – a little boy goes out of his way to help someone and of course, soils his kurta in the bargain.

The ad was published on YouTube on May 27 and crossed a million views in less than two days. It has been directed by Vasan Bala (who directed last year’s Ramadan film too) and produced by Absolute Productions.

Talking about the challenges, Arun Iyer, chairman and chief creative officer, Lowe Lintas, says, “Last year was the first time we did the Ramzan ad campaign, so there were no expectations then. This time around, there was pressure and a certain expectation because of what last year’s campaign had become and the fact that it went viral. So we decided to park all that pressure aside and thought… let’s do justice to the festival and the brand, and the rest is something that is serendipity. If it happens, great, and if it doesn’t then we can’t do much about it.”

The brand’s tagline for the last few years has been, ‘Daag Ache Hain’ and both the Ramadan ads have also focused on goodness. We asked Iyer if the tagline itself barricades creativity since words like ‘madad’ and ‘neki’ come under a similar zone.

He says, “No, nothing like that. See, ‘Daag Ache Hain’ is a broad enough platform. We are doing ‘goodness to others’ through this campaign, we have done ‘learnings of life’ and we have done ‘demonstrating of great values’. So it’s a broad enough platform. We have to keep the brand, the essence of the brand and the cultural truth about the festival in mind, so it is the combination of all three that leads us to do something like this. There is a cultural reality to Pakistan and to the festival and to what people think around the festival and we had to keep all those things in mind.”

Part of this article was originally published in Afaqs.