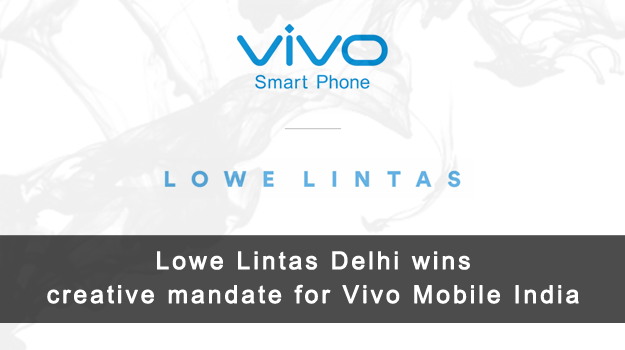 Having won the rights to partner the Indian Premier League (IPL) for 2016 & 2017 as Title Sponsor, Vivo Mobiles, the third largest mobile handset manufacturer in China, has appointed Lowe Lintas Delhi as its creative partner. The agency is tasked with the communication mandate for the smartphone major during the IPL season this year.

Vivo Mobile India would be using the opportunity to launch a host of new smartphones around the IPL. This would be in addition to a range of models under the X, V and Y Series that have already been launched in India and have met with an overwhelming customer response. The 45-day grand cricketing spectacle will help brand Vivo gain scale as millions of viewers would be tuning in to watch the most celebrated cricket league in the world.

On appointing Lowe Lintas Delhi, Alex Feng, CEO, Vivo Mobile India said: “Lowe brings two important things to the table: their vast experience in mobile category and their strong credentials in building powerful brands. We are confident that this partnership on IPL will be fulfilling. We met a few agencies, and the Lowe Lintas Delhi team, led by Rajiv Chatterjee, stood out. We have high expectations with the IPL association and are confident that we’ve found the right agency partner.”

Commenting on the new business win, Naveen Gaur, President, Lowe Lintas Delhi said, “We are very excited to work with Vivo. They have declared their ambition in India by taking up the IPL Title Sponsorship. With our prior experience in handling mobile players, we are confident that we will be able to create cut-through work to firmly entrench this brand in an incredibly competitive landscape of mobile handsets.”

Since its foray in India over a year ago, Vivo Mobile India has built a sizeable presence in the country. Operating in the smartphone category, Vivo is known to offer the best Hi-Fi music experience in the market along with a few other prominent features. The company currently has more than 10,000 employees across India with over 100 Indian employees at its Gurgaon headquarters and is working with 10,000 retailers in 400 cities across 22 states. The brand has about 30 service centres across India and hopes to cross the 200 figure mark by the end of 2016.