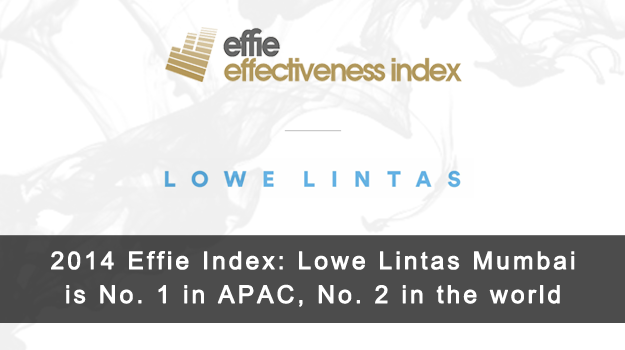 The 2014 Effie Effectiveness Index, which is into its fourth year, has declared Lowe Lintas Mumbai as the most Effective Agency in Asia Pacific for 2014 and the 2nd most in the world after Sancho BBDO from Bogota, Colombia.