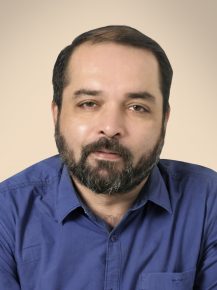 Sagar Kapoor is Chief Creative Officer at Lowe Lintas. He has spent over 15 years with Lowe Lintas serving various local, regional and global mandates. He is credited with some iconic campaigns like Lifebuoy’s #HelpAChildReach5, including Gondappa and Future Child that were implemented globally. These campaigns have consistently been some of the most awarded global campaigns for over five years. He’s been the Global Creative lead for the brand, Lifebuoy, with work that’s published in over 40 countries. Other notable brands include Axe, Pepsodent, Zee, Astral Pipes, ICICI Prudential Life Insurance and Godrej HIT. He believes advertising is ‘the most interesting conversation a brand can have with the consumer’.