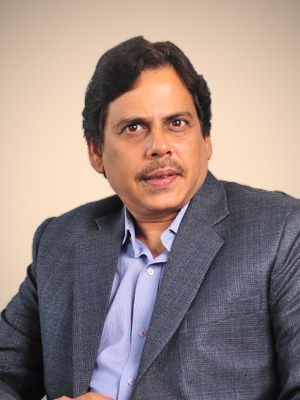 Raj Gupta is Chief Executive Officer at Lowe Lintas. Having spent almost three decades in advertising in Lintas and Trikaya, Raj has spent most of his career with Lowe Lintas. He also spearheaded the growth of Karishma Advertising (a subsidiary of Lowe Lintas) in the 90’s after which he successfully moved up to become the Director of Lowe Lintas.

Raj has been Head of Business Development at Rediff.com for a few years, where he was involved in launching the Consumer Finance Centre for Rediff. Part of his portfolio was partnering Rediff with finance companies such as Banks, Brokers and Insurance agencies. He also created a model for lead generation and launched Rediff mobile services with 16 individual operators. In 2004 Raj moved back to Lintas India in Media and in 2007 to   Lowe Lintas as a Chief Strategy Officer – Channel Planning in 2004.

In his career span at the agency, he has worked on most Unilever brands, Idea Cellular and new age brands like Free Charge and Practo.

He is a keen traveller and is fond of music, reading, swimming and cricket. Robin Sharma, who wrote ‘The Monk who sold his Ferrari’, is his favourite author.