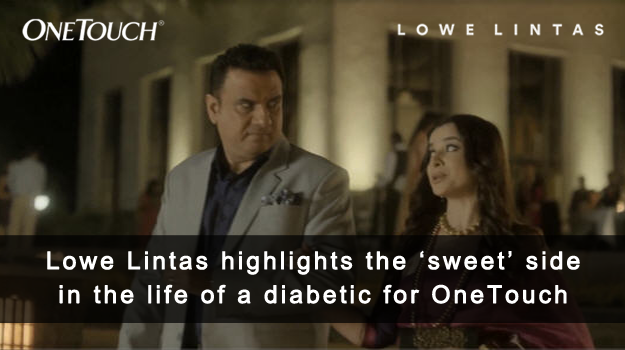 Using scare tactics is one of the most accepted advertising techniques that healthcare companies resort to promote their brands today. But that was precisely what OneTouch, a leading brand of blood glucose monitors from Johnson & Johnson Medical Companies,strategy that would promote the brand in a much more candid manner.

Lowe Lintas Mumbai has unveiled a new campaign for OneTouch titled “Khud Ki Care”, which propagates the habit of self-monitoring among diabetics in a friendly way. The campaign aims to touch the hearts of consumers with a smile and not with fear. It has been developed based on the perception that diabetes is a disease that instills fear among diabetics and that this experience shouldn’t be pushed any further.

“Sugar monitoring in day-to-day life is extremely important to keep diabetes in check and the film communicates this in a very nice, warm and a friendly manner,” said Sarosh Bharucha, Group Product Manager of OneTouch.

The beauty of the campaign lies in the insight itself, which talks about how diabetics are under a 24X7 check of their loved ones. The commercial, very light-heartedly captures the slice of life moments of a couple, played by Boman Irani and Simone Singh. Boman plays the doting and fun-loving husband while Simone justifies her role of being a loving yet strict wife who won’t take it easy when it comes to her husband’s health.

On the creative approach taken for the campaign, Vasudha Narayanan, Executive Creative Director, Lowe Lintas said, “Diabetes is a serious subject so we thought that the communication should be light-hearted.”

The campaign comprises a master film which conveys to diabetics on why ‘Khud ki Care’ is vital. This main film is supported by 3 short films which promote the habit of regular exercise and following a controlled diet along with getting blood sugar tested regularly.